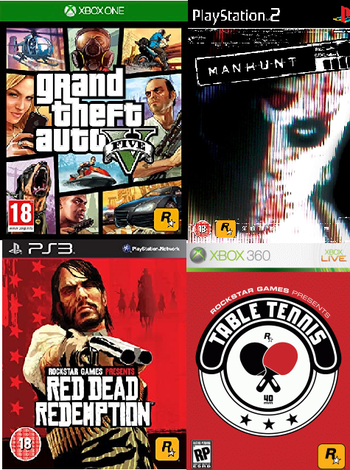 Creator's Oddball is a work that clashes with the rest of a creator's output. It can be much Lighter and Softer or Darker and Edgier, or even a different genre.

This might be related to Early Installment Weirdness, where the writer has just started their career and hasn't settled on a genre yet.

In music, this might become a New Sound Album if the change in direction doesn't take and the artist goes back to their signature style. If it's a specific song, and it becomes successful, it's a Black Sheep Hit.

For Franchises instead of writers, this is Oddball in the Series. When it's a show on a TV network, this is Network Red-Headed Stepchild. Sometimes results in Magnum Opus Dissonance in either direction.