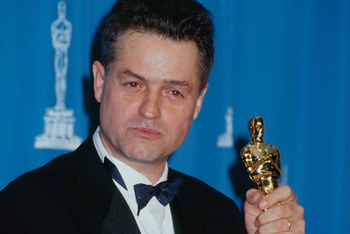 He's the one on the left
Advertisement:

Aside from feature films, Demme was also a music lover and his filmography also includes concert films, music videos, and documentaries. He re-defined the concert film with the innovative Talking Heads' Stop Making Sense (1984).

Demme has gained a cult following among film buffs. However, he did not achieve mainstream success until he made The Silence of the Lambs (1991), where it managed to grab both audiences and critics and won the "Big Five"note Picture, Actor, Actress, Director, Screenplay at the 1992 Oscars. Today it has been cited as one of the greatest films ever made.

Paul Thomas Anderson has cited Demme as a major influence on his work.

Demme's films include the following tropes: