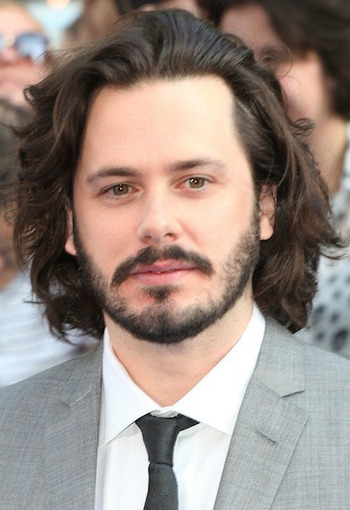 "Everything that I've done so far has had a bigger budget than the last, but I've never ever felt the benefit of the bigger budget because the ideas always exceed the budget."
Advertisement:

He is known for making stylish, genre-busting films, usually working with Simon Pegg and Nick Frost, and for making films that function equally well as both deconstructions and carefully crafted stories. He is One of Us, a very notable example of a film geek-cum-director a la Quentin Tarantino and Kevin Smith, both of whom he is close friends with. He also cites the films of Jackie Chan as one of his influences to become a filmmaker.

You can now vote for your favourite Edgar Wright film HERE!

Tropes associated with his career include: