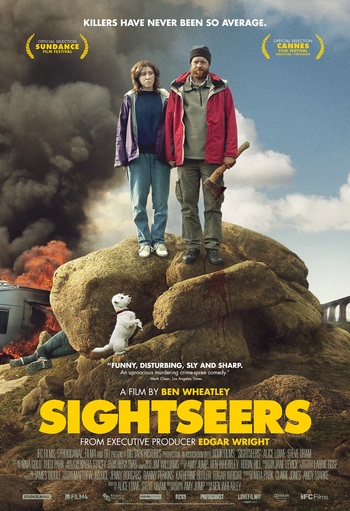 Show me your world

Sightseers is a British black comedy directed by Ben Wheatley, and written by and starring Alice Lowe and Steve Oram.

Downtrodden thirtysomething Tina gets out from under her mother's thumb for long enough to go on a caravan holiday with her new boyfriend Chris. Tina soon finds out that Chris is a killer, but she doesn't find this off-puttting - she finds it inspiring.