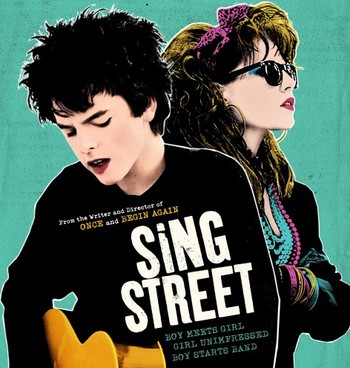 In 1985 Dublin, 15-year-old Conor Lalor (Ferdia Walsh-Peelo)'s family is facing financial troubles that lead them to transfer him from a private Jesuit school to a publicly-funded Christian Brothers one where he forms a band to impress an arising model named Raphina (Lucy Boynton). The film's soundtrack features songs from the era by artists like Duran Duran, The Cure, Joe Jackson, and Daryl Hall & John Oates.