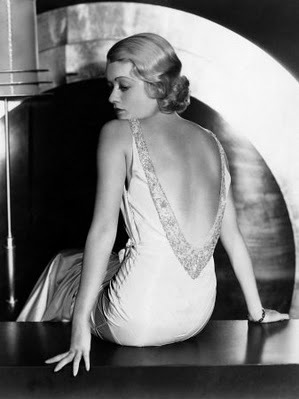 Obviously, too plain for love.
Advertisement:

A Pre-Code Romantic Comedy from 1930 starring Constance Bennett, Kenneth MacKenna, and a pre-Sherlock Holmes Basil Rathbone. It was directed by Paul L. Stein.

The sin in question is a marriage of convenience, not one for love. Attorney at law, Gaylord Stanton (MacKenna), offers this proposition to his homely secretary, Sylvia Brenner (Bennett), because he’s in a jam; his main squeeze, Grace Lawrence (Rita La Roy), is divorcing her current husband and will stop at nothing to marry the available Stanton, who adamantly refuses to be held down. Since Sylvia’s always had a big crush on him, and seeing that marrying him would improve her financial situation, she accepts.

The terms of their agreement are as follows: it will only last a year, Sylvia can travel to Paris and any other exotic places and use his money however she likes, she must avoid blemishing Stanton’s reputation with amorous affairs, and most importantly for Sylvia, it’s a marriage in name only. Stanton’s friend, certified cad Reggie Durant (Rathbone), also finds himself in Paris during Sylvia’s stay and tries to romance her—almost succeeding—until she decides to go back to NYC and settle some loose ends with Stanton.