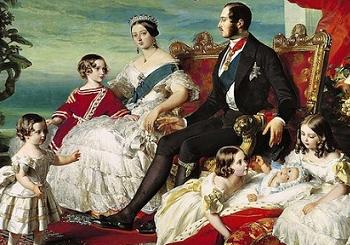 All the complex ties of blood and marriage.

Check that your trope doesn't belong in one of the subcategories before you add it here.