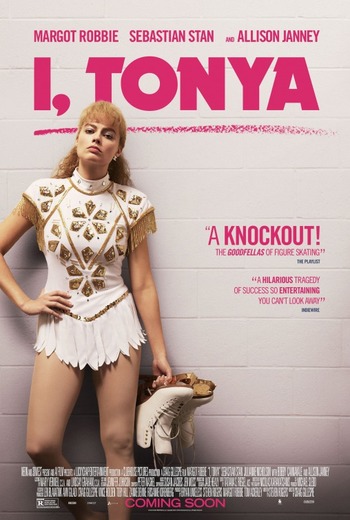 It is a Biopic about figure skater Tonya Harding (Robbie) and the cheating scandal that led to her public disgrace in 1994. It is framed as a series of present-day interviews with Tonya and several people who were involved with her and "the incident", including mother Lavona Harding (Janney) and ex-husband Jeff Gillooly (Stan), each of whom has their own perspective and agenda in telling their version of the story.

I, Tonya provides examples of: