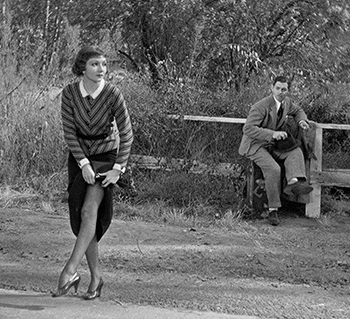 The limb is mightier than the thumb.
Advertisement:

Female hitchhikers on the side of the road will often be tempted to show a little leg in order to attract a ride. Made famous by Claudette Colbert doing a leg flash in the 1934 movie It Happened One Night but has become a Dead Horse Trope since and is rarely played straight these days.

Not to be confused with Show Some Leg where this kind of Fanservice is used by Alice to impede Bob or to distract him enough to get something past his radar.