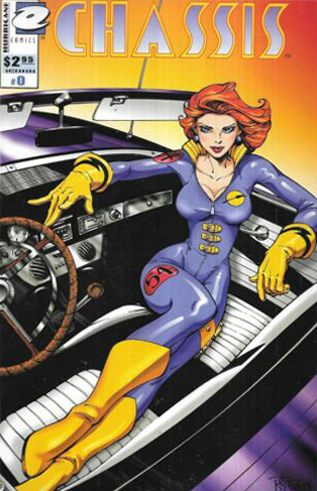 Attractive women, usually not wearing very much, draped over cars or motorbikes or doing other poses that highlight the vehicle. It also counts if they're washing said vehicle and there are suds in interesting places...

Common for car and motorcycle magazines, as well as motor shows.

Common outfits include swimsuits (even a Flag Bikini), leather, fur coats or wraps (real or fake), Going Fur a Swim.

A Sister Trope to Fashion Model (and may overlap if the model is showing off the car and outfit).

Has nothing to do with being In the Hood.