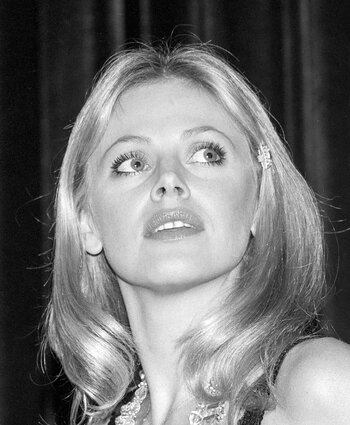 Ekland is also know for her relationships with Peter Sellers and with Rod Stewart.