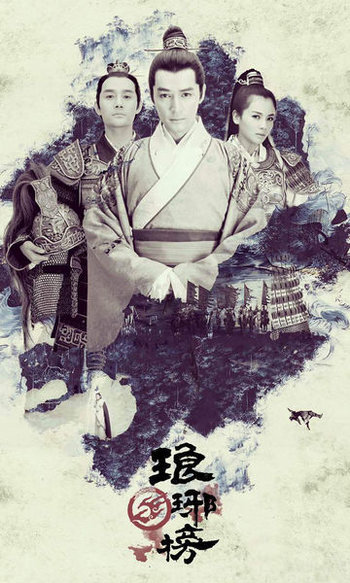 Nirvana in Fire (琅琊榜, Láng Yá Bǎng) is a 2015 Chinese drama starring Hu Ge, Liu Tao, and Wang Kai, based on the novel The Langya List by Hai Yan.

Mei Changsu, the brilliant leader of a powerful martial arts alliance, hides his true identity as the young Lin Shu and returns to the capital of his native country in order to claim justice for his wrongly executed father and the entire Chiyan army.

Set in a fictionalized ancient China, the drama revolves around complex political strategies with a healthy dose of kung fu action and character drama. A sequel, Nirvana in Fire 2, aired in 2017. Another sequel was announced in late 2020; so far no information is available on its plot or when it will air.