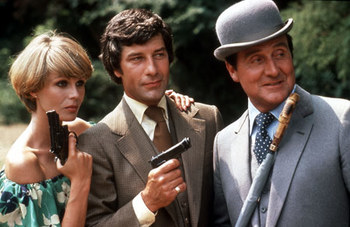 Just like its predecessor with Avengers, it should not be confused with the Marvel comics of the same name, New Avengers.

The New Avengers provides examples of: