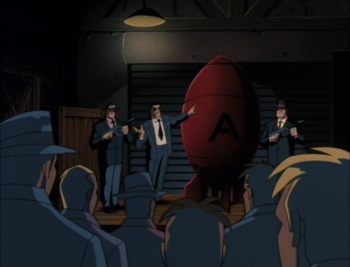 This will not end well...
"I don't know what's scarier, losing nuclear weapons, or that it happens so often there's actually a TERM for it."
— Giles Prentice, Broken Arrow
Advertisement:

The trope name comes from a US military code phrase

, meaning any situation involving the theft or seizure of a functioning nuclear weapon. The accidental loss of a nuclear weapon is also included in this trope, though the military uses a different code phrase for it, being Broken Arrow (which continues the archery theme).