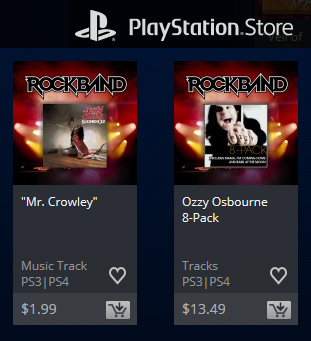 Showing 2 out of 1230 available downloads.
Pilgor: Come on, you. Cough up a buck, you cheap bastard. You bought the game on 75% off. I worked overtime for this!
Valentino: All right. Since I only paid 2.50 for the vanilla game, I'll buy the DLC. But normally I would never do this.
Pilgor: Never mind what you would normally do! This is Goat Simulator! Just buy the new damn DLC like everyone else!
— From the trailer to the PAYDAY 2 DLC for Goat Simulator
Advertisement:

Downloadable content, or DLC, is video game data that is downloaded into the game that wasn't there originally. Examples include new levels, items, characters, and so forth. DLC was originally the exclusive domain of PC gaming, but every current game system now supports it. Downloadable content helps keep a game fresh and sometimes increases the replay value. It's generally small in size, so they are quick to download and install right away.

Of course, DLC also has some controversy attached to it. Many a dedicated and knowledgeable gamer may crack the game to see what is stored in the disc, and they won't be too happy if they see that the DLC they paid for was already in the game to begin with. Another issue DLC brings up is pricing. It is subjective what content is worth paying for, but some gamers in general fear that game developers may use DLC as a way to milk more money out of their consumers by rushing the game (thus making it filled with bugs or missing content) and then charging people to get the rest of the good stuff, or the existing stuff to work how it was supposed to. Some DLC is only available for a limited time or promotional events, meaning that people who come across a game later on are unable to purchase it. In other cases, DLC is only available in certain countries, making it impossible for people in other areas to get it at all. Also, DLC can often give a player a competitive advantage online, essentially forcing every player in the game to buy the DLC just to compete with other people who bought the DLC for exactly the same reason; see Bribing Your Way to Victory.

Of course, not all developers use DLC this way. Some do truly give brand new content without having to make people jump through hoops, and some even give these things away for no charge. At the same time though, some developers may force patches with new downloadable content and it may not sit well with people who don't want to upgrade their games from patching.

DLC has also been increasing the stakes in the Console Wars, as certain Multi-Platform games on consoles only have DLC exclusively on one console. In other cases, DLC is free on some platforms but at a premium on others. This can come as a Regional Bonus of sorts, although extended to consoles, as ports may come with DLC included that other consoles had to pay for.

With the exception of the PC, where the vast majority of all DLC is user-made content and therefore free, DLC is highly debated. These complaints can become especially pointed when modding tools are omitted, access to mods from other platforms is denied, or online server browsers lock out mods. Mixes with New Media Are Evil when you encounter people who think DLC in general is pure evil and that all companies only care about ripping off its consumers for their games. Backlashes within the gaming community often occur (regardless of the content of the actual DLC), in the forms of Accentuate the Negative, Broken Base, Unpleasable Fanbase, and many others are often seen when DLC is even discussed.

Compare Expansion Pack (which differs from DLC mostly in that physical distribution is the primary manner of acquiring it, although the line has been blurred with modern digital distributors selling expansions for old games in a downloaded format) and Unlockable Content (the content is already in the game, and just needs some form of challenge completed or in-game cost to acquire).

For products which are paid for and then downloaded in general see Digital Distribution.