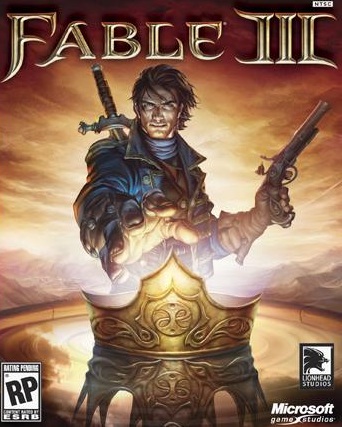 The third game in the Fable series. Your character is the younger sibling of the tyrannical Logan, King of Albion.note Both are the children of the main character of Fable II, the previous king/queen. When Logan spots you and your childhood friend (either Elise or Elliot, depending on whether your character is male or female) spying on one of his meetings, he forces you to make a Sadistic Choice over whether to kill your friend or a group of protestors. Your Mentor, Sir Walter Beck, rushes you out of the castle so as to start a rebellion for you to replace him as monarch.

After getting the Guild Seal which allows the Hero to use magic, and gathering support throughout the land, the Hero takes the throne. However, this isn't the end.

So now you're king, and you have a job to do. What are you going to do? Keep your promises or become no different from your brother? Or perhaps spam house ownership to save the kingdom and be a good king?

The choice is yours...