The Chains of Commanding 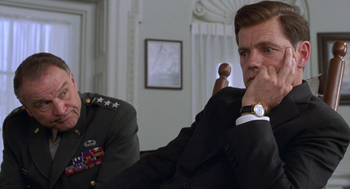 Being Good Sucks. Being good and The Leader sucks even more.

Not to be confused with the chain I beat you with till you understand who's in ruttin' command here. Related to The Chain of Command, which can show just how high up someone is and so just how heavy their burden can be.