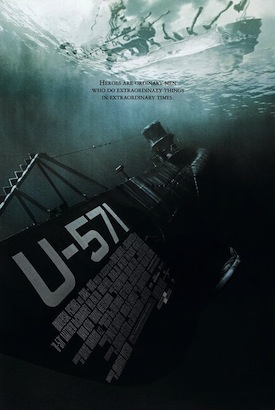 "They did get one thing right: there were U-boats in the North Atlantic during the war."
— A former German U-boat commander's reaction to the film
Advertisement:

Released in 2000, directed by Jonathan Mostow and written by David Ayer, this World War II movie Very Loosely Based on a True Story is about a submarine crew who board a disabled German sub to steal an Enigma Machine, a secret German encryption device used to send coded messages. Caused a degree of controversy as the film places the Americans in center role as the heroes... except that in real life, the first to capture the submarine-based ENIGMA machine was the British. Although the film is also partly based on the American action that led to the capture of the U-Boat now on display at the Museum of Science and Industry in Chicago, though by "partly," we mean "altered so much as to be unrecognizable."