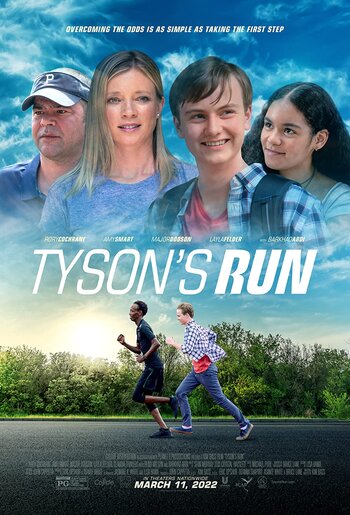 Tyson's Run is a 2022 film written and directed by Kim Bass.
Advertisement:

Tyson Hollerman (Major Dodson) is a fifteen-year-old autistic boy who has been homeschooled by his mother Ellie (Amy Smart) all his life. Now he is starting to attend mainstream classes at the high school where his father Bobby (Rory Cochrane) works as a football coach. Tyson at first wants to play football like his father, but he soon discovers that he has a great talent for running. He is trained by Aklilu (Barkhad Abdi), a shoe salesman and former champion runner, and works towards his goal of winning the Standbridge Marathon.