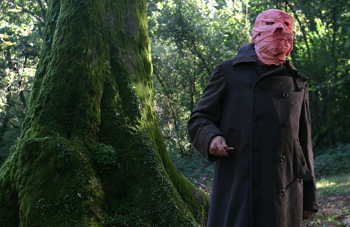 Hector is moving into a new house. While his wife, Clara, is out buying dinner, Hector sees something in the woods behind the house and goes to investigate. He finds an unconscious, naked woman, and is then attacked by a faceless man in a black coat. Fleeing further into the woods, Hector takes refuge in a seemingly empty laboratory and meets the one technician remaining on the premises after-hours. The technician convinces Hector to hide in a machine—as suggested by the film's title, this device turns out to be a Time Machine that sends Hector an hour into the past.

Then, it gets worse.