Film / Under the Piano 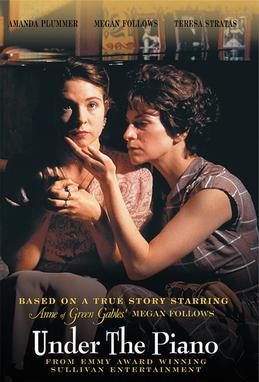 Under the Piano is a 1995 Canadian TV movie written by Blair Ferguson and directed by Stefan Scaini.
Advertisement:

Rosetta Basilio (Megan Follows) is an autistic piano savant growing up in The '30s and The '40s. Her mother Regina (Teresa Stratas) sees her as a lost cause who will never accomplish anything, while her older sister Franny (Amanda Plummer) does her best to foster her gifts and help her gain independence. As Rosetta grows older and the older children move out, tensions grow worse and Rosetta and Franny's relationship with their mother deteriorates.

Under the Piano contains examples of: