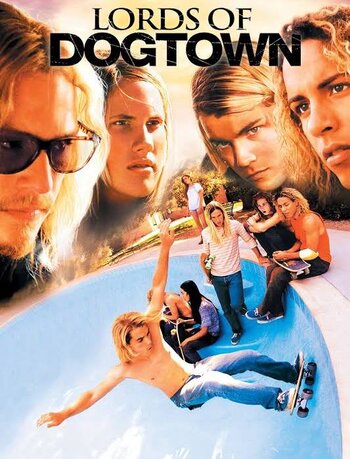 , a young group of surfers-turned-skateboarders from 1970s Venice Beach, California that revolutionized the sport of skateboarding.

The movie focuses on three young skateboarders, Tony Alva, Stacy Peralta, and Jay Adams. The film turns the story into a combination of Coming of Age and Rags to Riches story, as the team is torn apart by the temptations of fame and money, with all three skateboarders taking different routes.