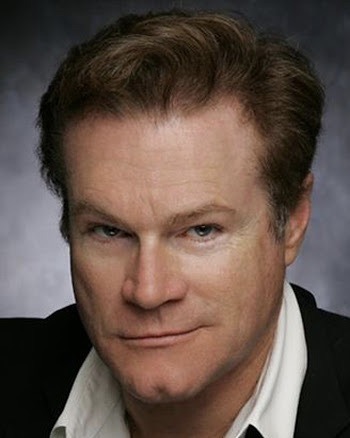 "I'm a working actor. I never really pick a film because of the story, or the genre, or who my co-stars are. Mostly I take roles based on how different it was from the role I just finished. It's always more interesting that way."
—David Keith
Advertisement:

David Lemuel Keith (born May 8, 1954) is an American actor and director. He is best known for the earliest work in his career, most notably his Golden Globe nominated turn as Sid Worley, the best friend and sidekick of Zack Mayo in An Officer and a Gentleman (he was beaten out for the Academy Award for Best Supporting Actor by his costar, Louis Gossett Jr.) and his critically acclaimed performance as Will Mclean in The Lords of Discipline. Most younger people will recognize him as Battlin' Jack Murdock, Ben Affleck's father in Daredevil (2003).

He was born in Knoxville, Tennessee, and got into acting when a hoped for College-Level baseball scholarship never materialized (he's a catcher). His first professional role was as Dave Collins, one of Chuck Cunningham's friends, on Happy Days. From there he had minor roles in Brubaker and Take This Job and Shove It before landing his breakout roles in An Officer and a Gentleman. He was the titular pyrokinetic's father in Firestarter, played Elvis Presley in Heartbreak Hotel, was the miniature cowboy Boone in The Indian in the Cupboard, and would go on to make dozens of other appearances in film and television series.

He is not Keith David. But like Keith David, he's a fantastic singer (and a pretty good Elvis impersonator).

These days he's semi-retired. He keeps his hand in acting and occasionally directs a film here or there, but concentrates most of his efforts as a board member and spokesperson for the National Association to Protect Children. He spends a lot of his time lobbying congressmen to enact stiffer punishment for sex offenders, especially those who molest children. Keith was present during the sentencing phase for John Couey, who was convicted of kidnapping, raping, and murdering Jessica Lunsford, the daughter of one of his best friends from High School.

David Keith is happily married and lives in his hometown. He's a huge fan of the University of Tennessee Volunteers and is present at as many UT Volunteers games as his schedule allows.