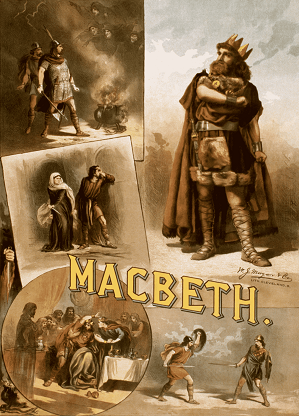 "Admitting that genius which has familiarized itself with all the relics of an ancient period can sometimes, by the force of its sympathetic divination, restore the missing notes in the "music of humanity," and reconstruct the fragments into a whole which will really bring the remote past nearer to us, and interpret it to our duller apprehension,–this form of imaginative power must always be among the very rarest, because it demands as much accurate and minute knowledge as creative vigour."
— George Eliot, Silly Novels by Lady Novelists
Advertisement:

This is fiction set in a distinctive historical period other than the one the author lives in, which brushes up against actual historical figures if it doesn't star them outright. Depending on the bent of said author, they may let their biases bleed through via Historical Hero Upgrade or Historical Villain Upgrade. A Historical Beauty Update will make the story more fun without making it much less accurate. Important historical events are at least mentioned in passing if they don't have a strong influence on the plot. Deliberate Values Dissonance will frequently happen in a Historical Fiction story unless the author embraces Politically Correct History. Often, the period predates a Trope Breaker (though sometimes the audience doesn't realize that). Foregone Conclusion is also a major aspect of Historical Fiction since the events in question will usually end in the same way they did in Real Life.

This can overlap with Alternate History if the history is shown to play out differently and Historical Fantasy if fantastic elements are present. Compare to Period Piece, which uses the past as a backdrop for the drama, while Historical Fiction is fiction in which historical events significantly affect the plot. Historical Detective Fiction is a common subgenre.

Usually it includes one or more Historical Domain Characters, and may commonly employ Artistic License when the author feels the story is more important than accuracy. See also Docudrama, which tends to aim for more adherence to the facts, but adds its own interpretation to the details, and The Abridged History, which parodies history.

Compare and contrast Field Trip to the Past and Adventures in the Bible, in which characters from the present day go back in time to experience history.