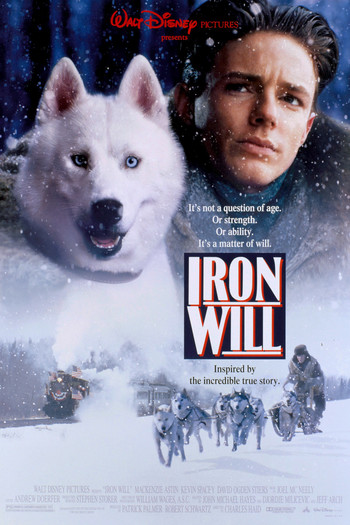 Iron Will is a 1994 adventure/sports film released by Disney, directed by Charles Haid and starring Mackenzie Astin, Kevin Spacey, and David Ogden Stiers.

In 1917, seventeen-year-old Will Stoneman watches his father drown. To save the family farm, he enters a five-hundred-mile sled dog race in Manitoba. He puts himself through harsh training and wins beyond all expectations, attaining the title "Iron Will".