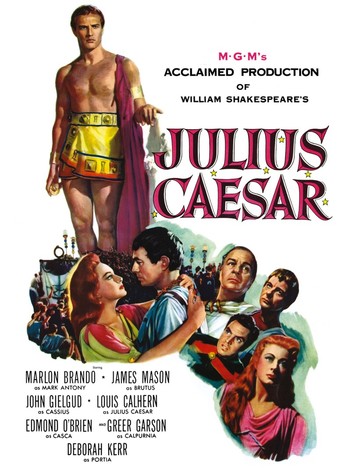 In 44 BC, Julius Caesar is bestriding the narrow world like a colossus. There are rumors that Caesar, who has already gotten himself made dictator-for-life, wants to drop the pretense and become king. Mark Antony, his lieutenant, offers him a crown three times at the Lupercal festival, and Caesar rejects the crown three times, but each time with more reluctance.

Gaius Cassius, one of Caesar's opponents during the civil wars, is not reconciled to Caesar's rule. Seemingly out of a mixture of envy, personal dislike, and principled opposition to dictatorship, Cassius recruits a group of Senators to murder Caesar. To add moral authority to his plot Cassius recruits Marcus Junius Brutus, a close friend of Caesar who nonetheless opposes Caesar's boundless ambition. Brutus finally agrees to join the plot.

On March 15 the conspirators get all stabby. They believe that with Caesar's murder they have destroyed the threat of tyranny, but they didn't count on Antony, who turns public opinion against them. Events climax with a great battle between pro- and anti-Caesarians at a place called Philippi.

See also the 1970 film of the same name, which stars Gielgud again, this time as Caesar.