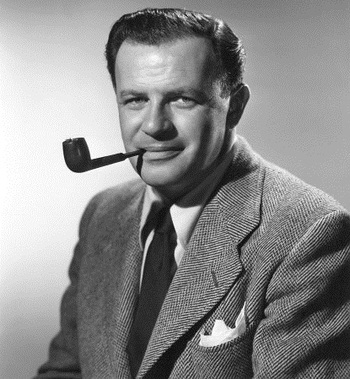 He started out as a writer at Paramount for movies featuring, among others, Jack Oakie and W. C. Fields. When he moved to MGM in the mid-'30s, he became a producer, producing such well-known works as The Philadelphia Story and Woman of the Year. In the mid-'40s, he moved to 20th Century Fox and became a director, best known for such films as A Letter to Three Wives and All About Eve. In the early '50s, he left Fox and became independent, and later directed the infamously troubled Cleopatra in 1963. His final film was Sleuth 1972.

Tom Pelphrey portrays him in Mank, the biopic about Herman (who's played by Gary Oldman).

Films directed by Mankiewicz with pages on TV Tropes include:

Mankiewicz's films include the following tropes: