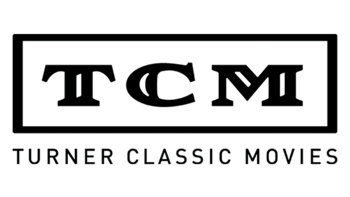 TCM (nominally short for Turner Classic Movies) is a long-running,note launched April 14, 1994 commercial-free cable TV network owned by WarnerMedia and dedicated to airing classic movies, most of them from the Warner Bros., Metro-Goldwyn-Mayer (the pre-1986 library owned by Warner Bros & the post-1986 library owned by MGM themselves), United Artists, RKO, and Janus film libraries. TCM daily airs many familiar classics (mostly released before 1980 and often pre-1970), along with tons of foreign films and obscure rarities that would otherwise never be able to see the light of day — including stuff that nobody would think about, like trailers and even two-reel live-action comedies. The network shows no outside commercials, although between (never during) films they will show old film trailers, short commercials for the network's merchandise, and other interstitial material.

The late Robert Osborne was the primary on-air Host for the channel from 1994 to 2016. Ben Mankiewicz (grandson of Herman J.!) joined in 2003, handling daytime and weekend airings while Osborne continued to introduce films in prime time during the week. After Osborne's death in 2017, Mankiewicz took over as the primary host. Tiffany Vazquez served as Saturday daytime host from 2016 to 2018; since then, Alicia Malone and Dave Karger have rotated to host whichever slots Mankiewicz doesn't do. (They're occasionally joined by others; see Guest Host, below.)

The network won a 2008 Peabody Award

for their dedication to broadcasting and restoring classic and foreign films.

On March 4, 2019, it was announced that Warner Bros. would take over operations of TCM, along with former Turner networks Cartoon Network, Boomerang and [adult swim], effectively dissolving Turner Broadcasting as an autonomous unit.

Compare and contrast to AMC, which was once much like TCM (with genial host Bob Dorian) before it experienced Network Decay. This was partially because TCM had gained the rights to so many of the classic movie catalogs, and partially as a way to appeal to younger audiences through the use of more contemporary movies and acclaimed original dramas like Mad Men.

You can find its Web site here.