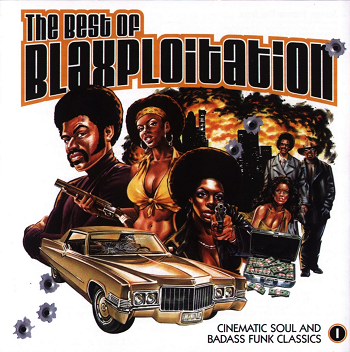 The term Blaxploitation refers to a film genre, quite popular in the 1970s and early 1980s, in which the hero or heroes are black, and they have to fight some sort of battle, engage some enemy or otherwise solve some problem in ways involving violence, intimidation, or extreme action skills. It was coined

by the NAACP when it was criticizing the genre for what it considered to be a negative image for African-Americans.

The pivotal point of this genre is that the main character's most significant attribute is the color of his (or her) skin, as well as stereotypical attributes associated with it at the time, such as intimidating appearance, being "naturally predisposed" towards independence, lack of respect for authority, utter disregard of manners and formalism, preference for violent solutions over diplomacy and unquestionable badassery.

Typically the main character is a good guy such as the title character in Shaft, but in some cases he or she is an Anti-Hero, such as Priest, the drug dealer in SuperFly who wants to do one more deal and retire.

Some of the tropes exposed include:

The Trope Maker/Ur-Example of this genre is either Sweet Sweetback's Baadasssss Song (1971) or The Black Klansman (1966). Note that unless indicated, if a movie is mentioned below, it's referring to the original 1970s/1980s version, and not to any subsequent remake under the same name. The Blaxploitation genre fell out of favor roughly around 1976, mainly due to the aforementioned concerns from African American civil rights groups.

See also Blaxploitation Parody. Hood Film is a similar genre that emerged in the late 1980s as a more socially conscious reaction to the previous genre.