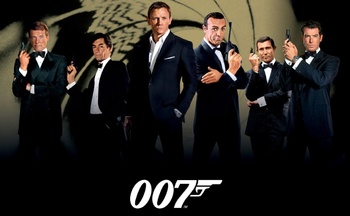 A long-running spy action film franchise based on Ian Fleming's novel series about Commander James Bond, code-named 007, British special agent of the 00 section of MI-6 (double "0" indicating his licence to kill). Over its decades long run, the franchise has featured six different actors in the main role (soon to be seven) and ranged in tone from lighthearted to gritty.

The series has spawned legions of imitators and in many ways defined most of modern Spy Fiction and much of the Action Genre, with Bond himself having become one of the most iconic and quintessential Action Heroes in fiction. In fact, many tropes featured in action films to this day can be traced back to the franchise, from the tuxedo and martini to the One-Liners, Stuff Blowing Up (outside of war films), the gadgets, the cool (and often weaponized) car, and Action Film, Quiet Drama Scene.

Eon Productions, the company founded by Albert R. "Cubby" Broccoli and Harry Saltzman, has produced the film series since 1962. Cubby's daughter Barbara Broccoli and stepson Michael G. Wilson have been in charge since 1995. Richard Maibaum penned most of the scripts between 1962 and 1989, and Neal Purvis and Robert Wade fill the duty since 1999. Composer John Barry was reponsible for carving the franchise's famous musical identity, and Maurice Binder crafted memorable Artistic Titles with Sexy Silhouettes from 1962 to 1989. The series also made the British Pinewood Studios a household name for big budget filming. 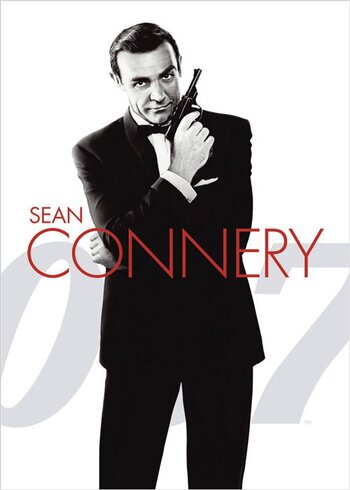 Sean Connery was the first actor to play James Bond in a theatrical film production, and set the bar high: while the producers first sought the suave, elegant type (Cary Grant, David Niven), they instead settled on the tall, sexy and laconic Connery... and both a movie star and a franchise were born. After the pressure of five films in six years, however, Connery bowed out, returning only for an encore one film later. 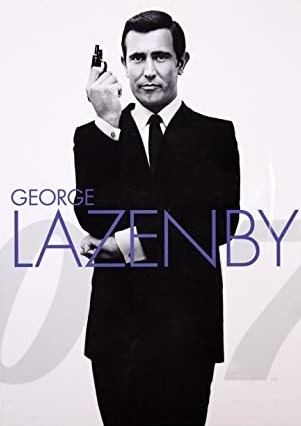 Chosen to replace Connery, George Lazenby was a then-unknown and largely inexperienced actor; while he was offered as many as seven films, he elected to only play the role a single time. Opinions on his performance are divided; he has been described as closest to the character as Ian Fleming wrote him, but also as stiff and humorless — probably not helped by a story which undergoes a Genre Shift into romance and features a twist Downer Ending. 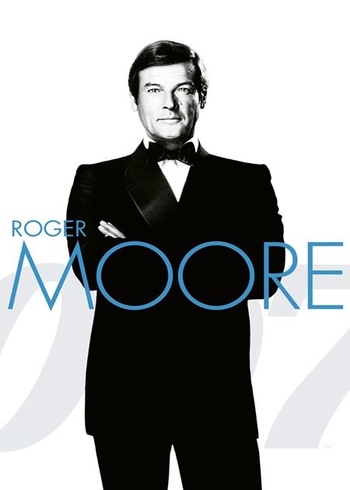 Roger Moore became the third actor to star as Bond in as many films (after Lazenby's single outing and Connery's encore). He had already made a name playing a charming, debonair playboy on television with The Saint; to avoid getting typecast, he had the writers of his films shift in a more comedic and campier style. The result was a Bond who was a lot funnier, but somewhat less believable as an action hero. 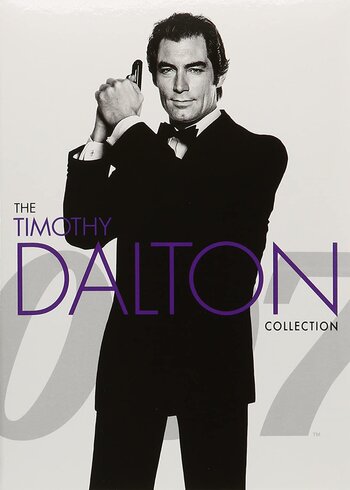 Following Roger Moore's retirement, the field was narrowed down to three candidates: Timothy Dalton, Pierce Brosnan, and Sam Neill, who divided the producers down the middle and thus was unable to secure the role. Brosnan's pre-existing commitments to Remington Steele got in the way, and thus we got Timothy Dalton — the obverse of Moore, focusing more on the Gray-and-Grey Morality of the character. Comparisons to Michael Keaton's performance in the contemporary Batman were made, in both positive and negative lights. 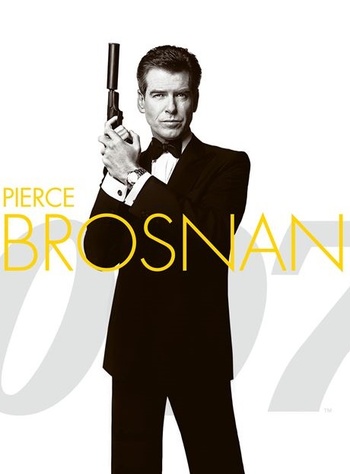 Timothy Dalton's contract only lasted for six years, about half of which were eaten up by Development Hell. Pierce Brosnan was now free of his television commitments. Elegant, witty and handsome, he leaned more into the playboy aspects of the character. His Bond was also the first to truly update the franchise for the times: his superior, M, was played by Judi Dench, whose dialogue castigates Bond as "sexist, misogynist dinosaur, a relic of the Cold War", and the character was partially updated in light of The '90s. 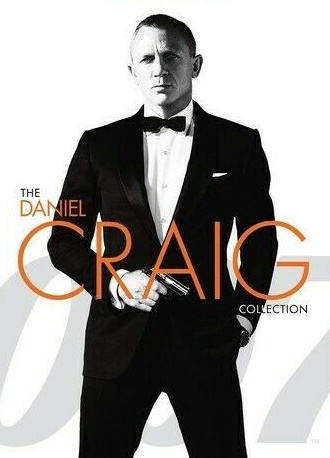 Daniel Craig's films served as a period of major re-invention for the franchise. His first film, and to a certain extent the third, serve as a reboot, allowing Judi Dench to bow out as M and be replaced by Ralph Fiennes, playing a character much more similar to the M who presided over the other films. Instead of the episodic adventures of prior eras, Craig's five films focus on Bond's Lost Lenore, Vesper Lynd (Eva Green), and the scars left on his soul by her death, as well as a Second Love in Madeleine Swann (Léa Seydoux). Perhaps relatedly, the franchise began to be taken seriously from an acting perspective, with Craig being nominated for a BAFTA for Best Actor in a Leading Role for Casino Royale and Academy Award winners Javier Bardem, Christoph Waltz and Rami Malek portraying the villains in the final three films.

Other James Bond Films (not produced by Eon):

The following tropes are best served shaken, not stirred:

The End... but James Bond will return...
Feedback