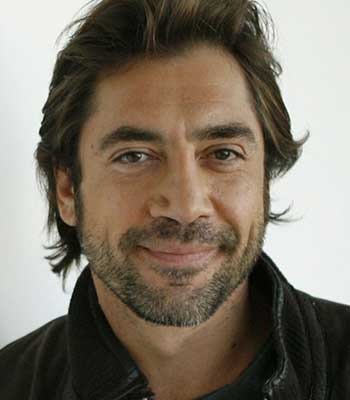 No, he's not Jeffrey Dean Morgan.
"The good thing about being an actor, and the gift of being an actor, is that you are beautifully forced to see the world with different eyes."
Advertisement:

Although well-respected in his native Spain for quite some time, he gained international recognition and fame for his 2007 Oscar-winning portrayal of psychopathic assassin Anton Chigurh in the critically-acclaimed Coen Brothers film No Country for Old Men, by now considered iconic.

He comes from an extended movie family; his uncle Juan Antonio Bardem was an acclaimed film director. He's married to Penélope Cruz since 2010, they have a son and a daughter.