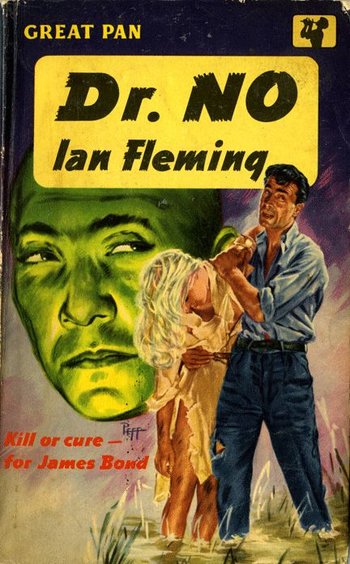 The sixth James Bond novel by Ian Fleming, published in 1958.

Bond has recovered from the attempt on his life from the end of the previous book, and is given a supposedly-easy assignment in Jamaica, where he has to investigate the disappearance of local head of operations. He learns that he has been investigating the activities of one Dr. Julius No, who is in fact working for the Soviets to sabotage nearby American missile tests.

The novel became the basis for the first James Bond film.