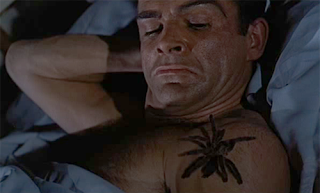 I bet Bond (and by extension, Sean Connery) wishes he packed some bug spray right about now.
Advertisement: