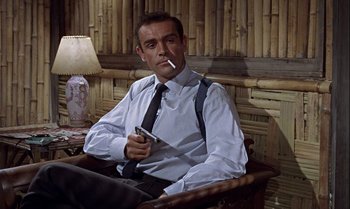 "That's a Smith and Wesson, and you've had your six."