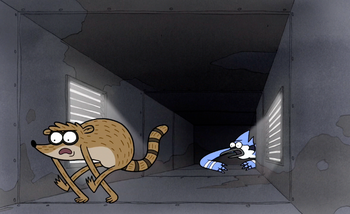 Compare Absurdly-Spacious Sewer for a similar trope which takes place beneath buildings rather than in them. Compare Inside a Wall. Also see Chimney Entry.