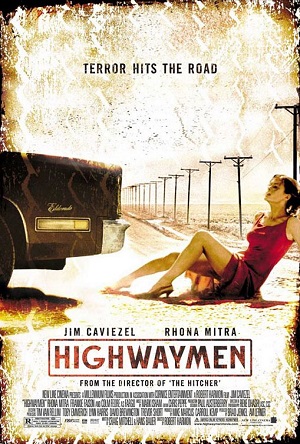 At a motel off the main road, James Cray (Caviezel) witnessed his wife being run over by a mysterious driver. Convinced that it wasn't an accident, Cray pursues the traveler—a sinister Serial Killer known only as "Fargo" (Feore)—as he continues to claim more victims during his never-ending journey throughout the United States to avoid detection. When Cray saves one of Fargo's latest victims, Molly (Mitra), Fargo comes back to make sure Cray's effort is again in vain.

No relation to The Highwaymen.