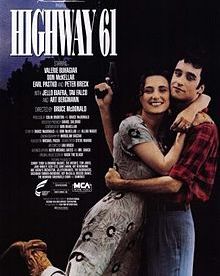 McKellar plays Pokey Jones, a barber and aspiring jazz musician who discovers the body of a vagrant in his back yard. A mysterious woman, played by Valerie Buhagiar, shows up to claim the body as her brother, and take him back to New Orleans. While her real purpose is to smuggle drugs, Pokey agrees to drive her all the way.

Meanwhile, Mr. Skin, a delusional man who thinks he's Satan, played charmingly by Earl Pastko, is following them collecting souls, and one of his victims is a widower with hopes to bring his daughters to country music stardom.