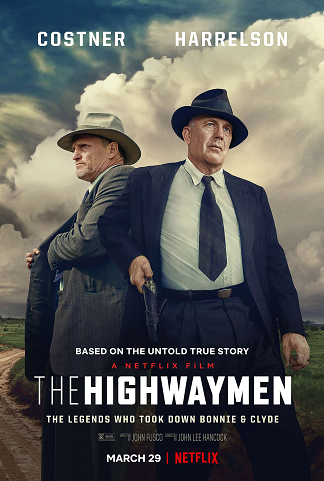 The Highwaymen is a 2019 crime film directed by John Lee Hancock and released by Netflix.

In the early 1930s during The Great Depression, Bonnie and Clyde are carving a bloody path through the midwest. Retired Texas Rangers Frank Hamer (Kevin Costner) and Maney Gault (Woody Harrelson) are tasked with tracking the pair down.

No relation to Highwaymen.