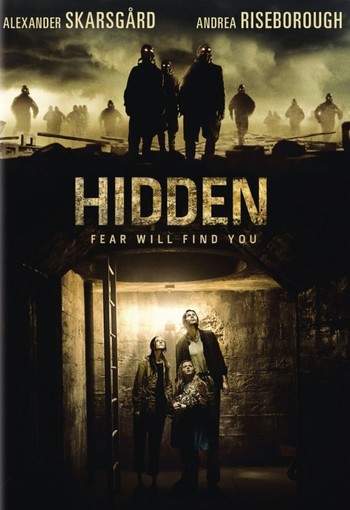 The Hidden is a 2015 horror/thriller movie by the Duffer Brothers (creators of Stranger Things). A couple, Ray (Alexander Skarsgård) and Clair (Andrea Riseborough), together with their daughter Zoe, have been hiding for months inside an old fallout shelter under a primary school. They cannot return to the surface for fear of encountering malevolent creators dubbed by Zoe as "Breathers."

For the 1987 alien Body Surf thriller, see The Hidden.