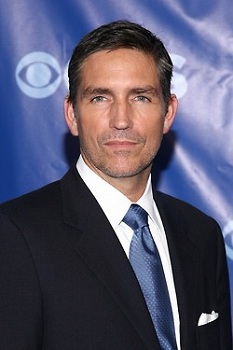 James Patrick "Jim" Caviezel, Jr. (born September 26, 1968 in Mount Vernon, Washington) is an American film and television actor, known for portraying Jesus Christ in the 2004 Mel Gibson film The Passion of the Christ. Other notable roles have been Bobby Jones in Bobby Jones: Stroke of Genius, Detective John Sullivan in Frequency, Edmond Dantès in The Count of Monte Cristo, Catch in Angel Eyes, Carroll Oerstadt in Déjà Vu and Private Witt in The Thin Red Line. He starred as John Reese on the CBS crime drama Person of Interest from September 2011 to June 2016.

Off-screen, he has been married to his wife Kerri since 1996, and they have adopted three Chinese children.