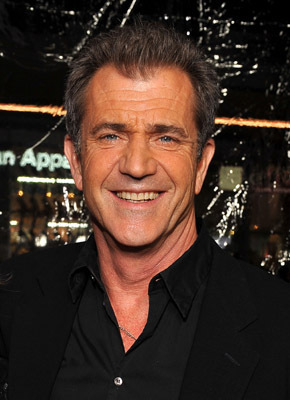 Mel Colmcille Gerard Gibson (born January 3, 1956) is an American-Australian film actor, director, producer and screenwriter. He moved with his parents to Sydney when he was 12 years old and later studied acting at the National Institute of Dramatic Art.

Gibson broke through with the Australian cult classic Mad Max series and graduated to the A-List with Lethal Weapon in 1987. He went on to star in a number of films, usually appearing in action or comedic roles. The movies he has acted in have grossed more than two billion dollars in the US alone. In 1995 he directed and starred in the Academy Award-winning Braveheart, becoming the sixth actor-turned-filmmaker to receive an Academy Award for Best Director. Behind the scenes, Gibson was known as a Three Stooges fan and a notorious on-set prankster.

After 2002's Signs, Gibson withdrew from the Hollywood system and focused on his own self-financed productions. In 2004, he directed and produced The Passion of the Christ, a controversial but successful film that portrayed the last hours of the life of Jesus Christ. He followed up with another ambitious, self-financed project filmed in an obscure language, Apocalypto.

A devout Traditionalist Catholic, Gibson became more outspoken with his conservative religious and political beliefs after the release of Passion. He also came under fire with allegations of antisemitism and racism, fueled by his father's beliefs as well as comments he made during a DUI arrest. Gibson's controversial statements have made him the subject of frequent parody in the media and effectively ostracized him from the Hollywood system for years.

Gibson returned to the Hollywood scene in 2010 with a starring role in Edge of Darkness. Soon after the film was released, Gibson again drew controversy when his ex-girlfriend released recordings of his expletive and slur-laden phone conversations

and also accused him of domestic abuse.

His following film was The Beaver, which tells the story of a man whose life was ruined by alcohol and who finds a very unusual way to get his life back in order—by using a sock puppet beaver as a separate personality. The film was notable for its Reality Subtext, but did little to shift Gibson's career direction. Gibson's next film, Get the Gringo (titled How I Spent My Summer Vacation in some countries) started a small Renaissance. Though the film bypassed American cinemas and opened in the USA on DirectTV, it was well received and helped raise Gibson's stock. He followed up with Machete Kills and The Expendables 3 as the main villains. While no longer the draw he once was, he has managed to salvage his career to an extent. His fifth directorial effort, Hacksaw Ridge, was released in 2016 to critical and commercial success.

Tropes in the work of Mel Gibson:

William Wallace rallies the soldiers of Scotland against the English.

William Wallace rallies the soldiers of Scotland against the English.