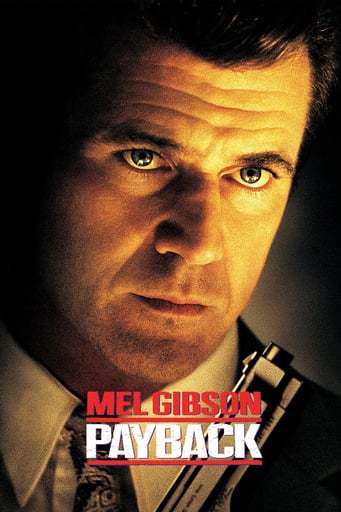 Get ready to root for the bad guy.
Fairfax: You just signed your own death warrant for a hundred and thirty thousand dollars. I don't get that. What is it? Uh, the principle or something, huh?
Porter: No, I just want my money back... and it's only $70,000. (Turns and leaves)
Advertisement:

Six months ago, Porter (Gibson), a successful but low-profile thief who specialized in payroll jobs, was content. He had a nice home, a loving wife named Lynn, and was financially stable. That all changed when he partnered up with Val Resnick (Gregg Henry), a former partner trapped in debt, to steal $140,000 from the Triads. When the job went perfectly, everything seemed alright... except Val's debt was $130,000, and he never intended on sharing the spoils.

Before the job went down, Val had convinced Lynn (who was tricked into believing Porter was having an affair) to help pull a double cross. Once the loot had been counted, Lynn shot Porter several times in the back, Val took the money, and they both left Porter for dead.

Unfortunately for them, that wasn't the end. Instead of quietly dying of his wounds, Porter dragged himself off to a back alley doctor, took some time to recover and traveled straight back to the city, itching for some serious payback.

In 2005, a director's cut of the film, entitled Payback: Straight Up was released on home video featuring the original cut of the film before 30% of it was reshot. It is much Darker and Edgier than the theatrical version, with Porter as a ruthless Villain Protagonist rather than an Anti-Hero.