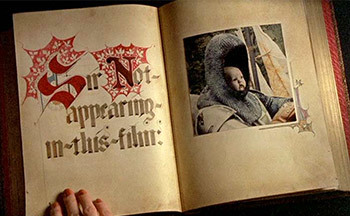 If only more adaptations were this honest.
"That awful musician from the manga? He wasn't in the anime..."
— Kusuo Saiki, The Disastrous Life of Saiki K. (anime adaptation)
Advertisement:

When a work is being adapted, liberties with the original will have to be made. Due to time or length constraints, some things may have to be taken out. Sometimes it involves taking out a character or plot element that was very important in the original story. Note that this is only for things with narrative importance, not cosmetic changes like an Adaptational Dye-Job.

Could happen because of Adaptation Distillation, in a Compressed Adaptation or a Pragmatic Adaptation. Adapted-Out characters would usually fall victim to the existence of a Composite Character, with which there is often plenty of overlap. Another possibility is that maybe some aspects of the work may be saved for potential sequels.