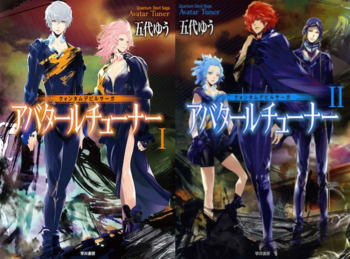 "The future is not set in stone. It is always in motion. But he has chosen; that cannot be changed."
— the Black Cat
Advertisement:

Quantum Devil Saga: Avatar Tuner is a series of five books written by Yu Godai and are an Alternate Continuity on the game series Digital Devil Saga. They were first released in Japan in 2011, and then the first two have been officially published in English in 2014, translated by Kevin Frane.