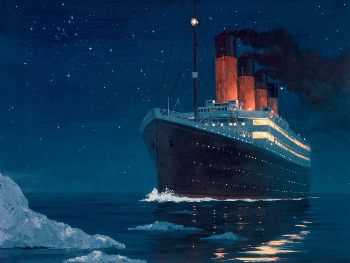 Stop me if you've heard this one.
"My name is Lester Burnham. This is my neighborhood; this is my street; this is my life. I'm 42 years old. In less than a year I'll be dead."
— Opening Narration, American Beauty
Advertisement:

Most dramatic tension in story-telling comes from the audience being ignorant of the work's ending. Audience members invest in characters and plots and want to know how they are treated and resolved, respectively.

Sometimes, however, authors choose to go a different route. They will make known to the audience how their story ends before they even begin telling it. Sometimes they'll do so with an explicit statement (such as in a Spoiler Opening or How We Got Here), sometimes by writing a prequel that ends right where the original work begins. Whatever the case may be, the author has given themselves quite a task. They must find some way to establish tension and doubt when everyone knows how the story is going to end.

This can be easily confused with several tropes. It Was His Sled deals with twists or endings that, thanks to their assimilation into popular culture, no longer surprise us although the author originally did not intend for everyone to know the ending. How We Got Here and In Medias Res are related, but not identical. And movies or shows which, by their predictable nature, indicate how the work ends don't count either: the audience already knows that the good guys will win, that Batman will survive to fight another day, same-bat-time-same-bat-channel, yes. But the ending isn't canonically established; theoretically, Adam West could die at the end of an episode, although realistically we know he won't.

Authors might cheat with this a bit (or a lot), either by having the "ending" shown be context-sensitive and open to an entirely different interpretation as the audience gets to know the set up, or with an outright Twist Ending by having the "end" shown in a How We Got Here like fashion be only the first 10 or 15 minutes, and ending much differently than is likely.

Or the whole thing isn't about what happens at the end, but how it happens. The Whodunnit becomes a Howdunnit, and so on.

Can also be used to crank Dramatic Irony Up to Eleven.

Historical Fiction is tied to this trope, since history isn't changing (unless the author pulls a Written by the Winners and claim that the events as portrayed in his work is what "really" happened). It's also very common in well-established franchises especially prequels set before the events of another work such as Episodes I-III of Star Wars.

Compare External Retcon, where the audience is expected to be familiar with an entire existing story.

Doomed by Canon is a Sub-Trope of this, and deals with prequel characters and their attempts to either take out the main cast of the original story or survive to the end, attempts which we know are doomed because of the original story. Framing Device entails this to a certain extent, as any character alive to tell or hear the tale must have survived, and the setting may also hint.

Oh, and X Dies and Did You Die? are also subtropes.

This is Older Than Feudalism. Everyone who heard Homer (no, the other one) sing already knew that Troy falls and Achilles and Hector both die; nobody walked out of Sophocles's play saying, "Dude, he married his mom?" There's a long, long tradition of retelling the story everyone knows.

Historical In-Joke is sometimes like this, but sometimes subverts it.

As a warning, this entry contains spoilers both marked and unmarked. Since several tropes can twist into a Subverted example, tread carefully.