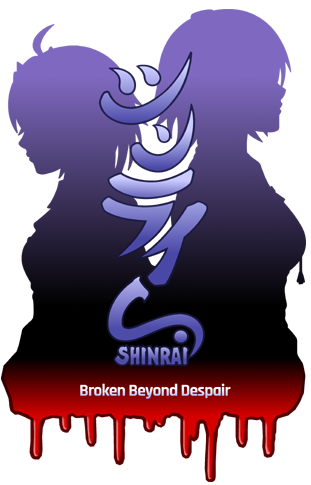 Shinrai: Broken Beyond Despair is a murder mystery visual novel by Gosatsu Visual Novels. It was released on August 26, 2016.

Raiko Shinpaku and her nine friends get together to hold a Halloween party in a mountain resort. All seems well, apart from the usual teenage drama, until one of the group is found dead. With a murderer in their midst, and all contact with the outside world cut off, the group must find the killer.

A sequel, titled Shinrai: Withering Without Hope, has been announced and is in early development. A visual novel titled Genba No Kizuna is set in the same universe and takes place a few weeks prior to the Halloween party.

A list of tropes is below. Naturally, beware of spoilers.