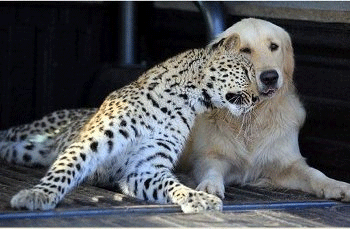 Dogs and cats living together! Mass Hysteria!
"We are as close as an elderly gay man and a straight teenage boy can be."
— Mission Hill
Advertisement:

A friendship which develops between two characters that would seem unlikely to be friends, whether it's because of them having diametrically opposed personalities, holding beliefs that would normally get one to try to demonize the other, or some other quirks of their beings that would lead to them clashing. Through their friendship, they learn more about each other and about themselves.

The characters in an Odd Friendship may have little to do with each other initially — or even begin as bitter enemies — and their friendship grows over time.

King Uri and Kenny the Ripper

King Uri and Kenny the Ripper