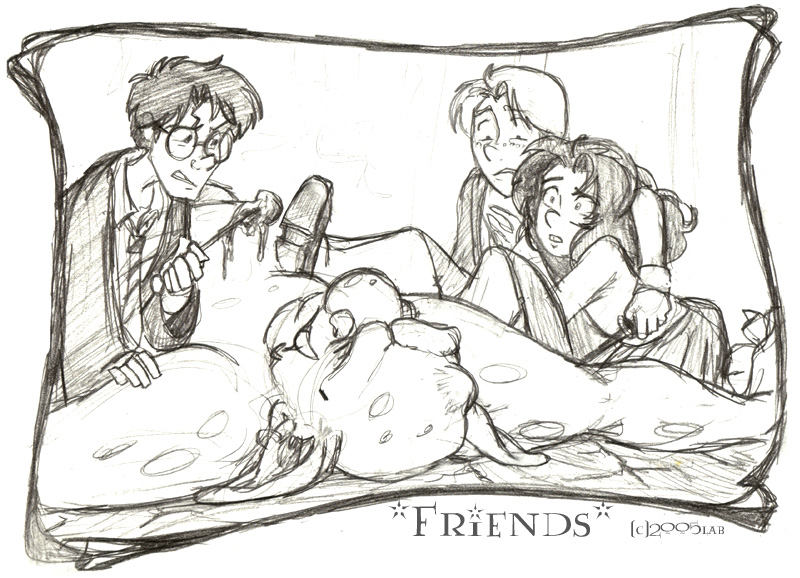 "There are some things you can't share without ending up liking each other, and knocking out a twelve-foot mountain troll is one of them."
Image

"We few...we happy few. We band of brothers. For he that sheds his blood today with mine shall be my brother."
— William Shakespeare, Henry V

Whether hostile to each other, indifferent, or strangers, different groups must fight on the same side. All the way up to an Enemy Mine situation. Afterwards, they are no longer hostile and perhaps even actual friends. If they continue as enemies, they are Friendly Enemy.

The Power of Trust often comes into play, since they often must trust the other not to stab them In the Back.

Borderline cases when Redemption Equals Death, since the friendship could have broken up after the fighting ended. Still, expect the survivor to refuse to let the other die alone, and often a Meaningful Funeral or To Absent Friends follows, especially if it involved a long period of time and hiatuses in the actual fighting — a campaign or a war rather than a battle. May occur after Let's You and Him Fight, and lead to Lighthearted Rematch. May also lead to exchanging plot-significant objects, or just an Odd Friendship. In a military situation, when this occurs between a superior and his juniors, may lead to their speaking With Due Respect. When mistrust is manifested after this trope, Remember That You Trust Me often ensues.

Other hazardous or even mere strenuous activities that require mutual assistance, such as The Chase, can also develop a kind of this; the closer it comes to as dangerous as war, like an attempt to escape through a jungle full of man-eating beasts and other dangers, the more it will resemble it.

Overlap with Band of Brothers is considerable, but in this trope, they need never to work together again, and that one, they do not have to be friendly, just reliable.

When these fire-forged friends belong to opposite genders, expect them to take it to the next level.

Truth in Television to a very large extent, as many people who served in any military force can testify, even more so if they are war veterans. Note that if they did not actually fight in the same battles, it's Commonality Connection to learn they were both soldiers.

Contrast Defeat Means Friendship, Kill Me Now, or Forever Stay Your Hand, A Friend in Need, Blood Brothers. Compare Relationship-Salvaging Disaster, where traumatic events keep people who were already friends together, Bully Turned Buddy, where the characters were in an outright abusive relationship before becoming friends, and No Animosity in the Afterlife, where it's being dead that makes people grow closer.