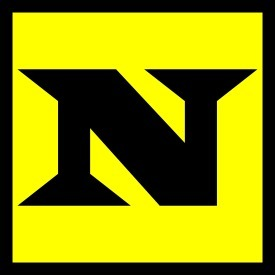 In 2010, WWE canceled the ECW brand after a three-and-a-half year run; they replaced it with a show named "NXT", which would follow eight WWE "rookies" (in reality, members of WWE's developmental system) as they trained alongside WWE "pros" (established WWE wrestlers) for the right to become the next "breakout star". The winner of the competition would receive a WWE contract and the right to challenge for any championship they wished on a live pay-per-view.

The first "season" saw NXT Rookies Wade Barrett, Michael Tarver, David Otunga, Skip Sheffield, Darren Young, Heath Slater, Justin Gabriel, and - last, but certainly not least - Daniel Bryan fighting against each other and the Pros in matches, competing in different challenges (including a promo contest), and generally attempting to get themselves over with the crowd. About halfway through the first "season", Rookies started getting eliminated...but some rookies returned to NXT to speak out against the eliminations and the Pros, saying the Pros had offered little help in the competition. Eventually, Wade Barrett won the competition. And then six days later...all hell broke loose.

During a main event match between CM Punk and John Cena on the June 7 2010 edition of Raw, Wade Barrett started making his way down to the ring; this was not altogether curious, since it's a longstanding pro wrestling tradition for heels with a title shot on their hands to "scout" the competition. The observant fan may have noticed the yellow armband he was wearing with a black "N" printed on it.

Then Michael Tarver showed up in the crowd, decked out in his ring gear and wearing a bandana over his face that made him look frightening. A few moments later, Tarver and the other six NXT Rookies jumped the barricade, all wearing the same armband as Wade Barrett. And then the group that would later be known as The Nexus started laying waste to anything and anyone in their path: the Straight Edge Society, ringside workers, announcers, and - especially - John Cena (the top guy in the industry), who received one of the most one-sided, brutal, viciously beautiful beatdowns in his career at the hands of every member of the group.

Since then, The Nexus blazed a trail of destruction, terrorizing both Raw and SmackDown to make a name for themselves (part of a larger plan, including making Wade Barrett the WWE Champion). Nobody, from John Cena to Sheamus to Barrett's "Pro" Chris Jericho to even Bret Hart and Vince McMahon, was safe from their wrath.

Following a do-or-die match at Hell in a Cell 2010, John Cena was officially forced into the group, where he found out on orders of the Raw General Manager that if he refused to follow orders from Wade Barrett, his WWE contract would be terminated. With Cena's last hope - destroying Nexus from the inside out - dashed, it remained to be seen if Cena would be a reluctant Nexus member or if he would become a willing part of the group. As it turned out, he resisted temptation and remained the hero, even if it did "cost him his job" for a few weeks (Barrett let him come back).

After TLC 2010, The Nexus disappeared for a week...only to come back to Raw on the last show of 2010, announce they were under "new management", and beat down John Cena once more - leading to The Reveal that CM Punk was now the new leader of The Nexus.

Daniel Bryan was booted out of the group following its initial attack on Raw (for reasons to be explained below), Darren Young and Michael Tarver were excommunicated from the group following failures in the ring, Skip Sheffield was stated by a WWE.com article to no longer be a member for failing the group by getting injured, John Cena left the group upon his "firing" from WWE, and Wade Barrett was ostensibly excommunicated from the group by CM Punk himself in the very first Raw of 2011. Heath Slater and Justin Gabriel followed the next week after refusing to go through with CM Punk's initiation into the New Nexus. On the Raw following the Royal Rumble, Husky Harris was written out via a punt to the head from Randy Orton. Then in late February and early March respectively, Michael McGillicutty, David Otunga, and Mason Ryan were written out the same way. However, Otunga, McGillicutty and Ryan returned on the 4/13/2011 edition of RAW to cost Orton a victory over Dolph Ziggler in a #1 contender's gauntlet match, and then beat the hell out of him post-match. With Punk's contract expiring, followed by his subsequent return & feud with John Cena, Ryan's injury in June, and Otunga and McGillicutty receiving new music & a new Titantron, The Nexus effectively ceased to exist on 7/29/11.

On the same week The New Nexus was formed, Wade Barrett faced The Big Show on SmackDown, and during said match, Justin Gabriel and Heath Slater - as well as a newly-heel Ezekiel Jackson - interfered in the match and assisted Barrett, forming a new group named The Corre. They were a force to be reckoned with at first, with Gabriel and Slater winning the Tag Titles (twice) and Barrett winning the Intercontinental Title.

Then at Wrestlemania, they lost in 30 seconds to The Big Show's team. Shortly after, Ezekiel Jackson was kicked out of the group for being his own man. Jackson responded by eventually taking Barrett's IC Title. Barrett began leaving Gabriel and Slater to fight his battles for him during this time, which led to them ditching him to form a separate tag team, leaving Barrett on his own and ending the Corre. Tropes used in The Corre follow this section.

open/close all folders
The Nexus

Tropes associated with The Nexus before they divided into New Nexus and Corre include:

Tropes associated with the New Nexus include:

Tropes associated with The Corre include: