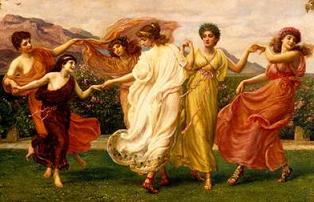 "Horae Serenae" by Sir Edward John Poynter
It's friendship, friendship, just a perfect blend-ship...
"Without friends no one would choose to live, though he had all other goods."
— Aristotle
Advertisement:

Tropes about friendship and camaraderie.